We ended Day 3 with a few hours at Uncle Robert’s party-in-the-guise-of-farmer’s-market Wednesday celebration. 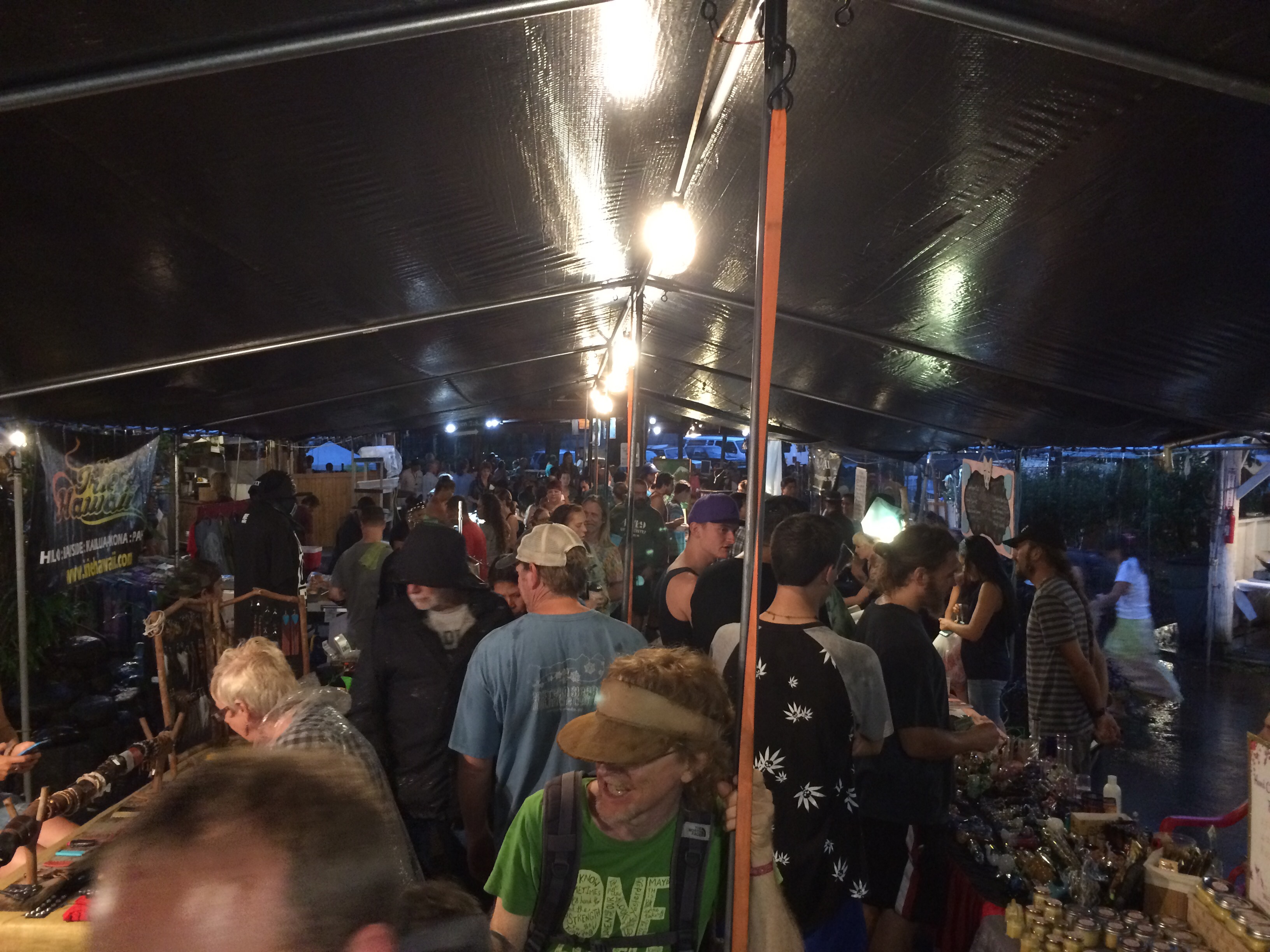 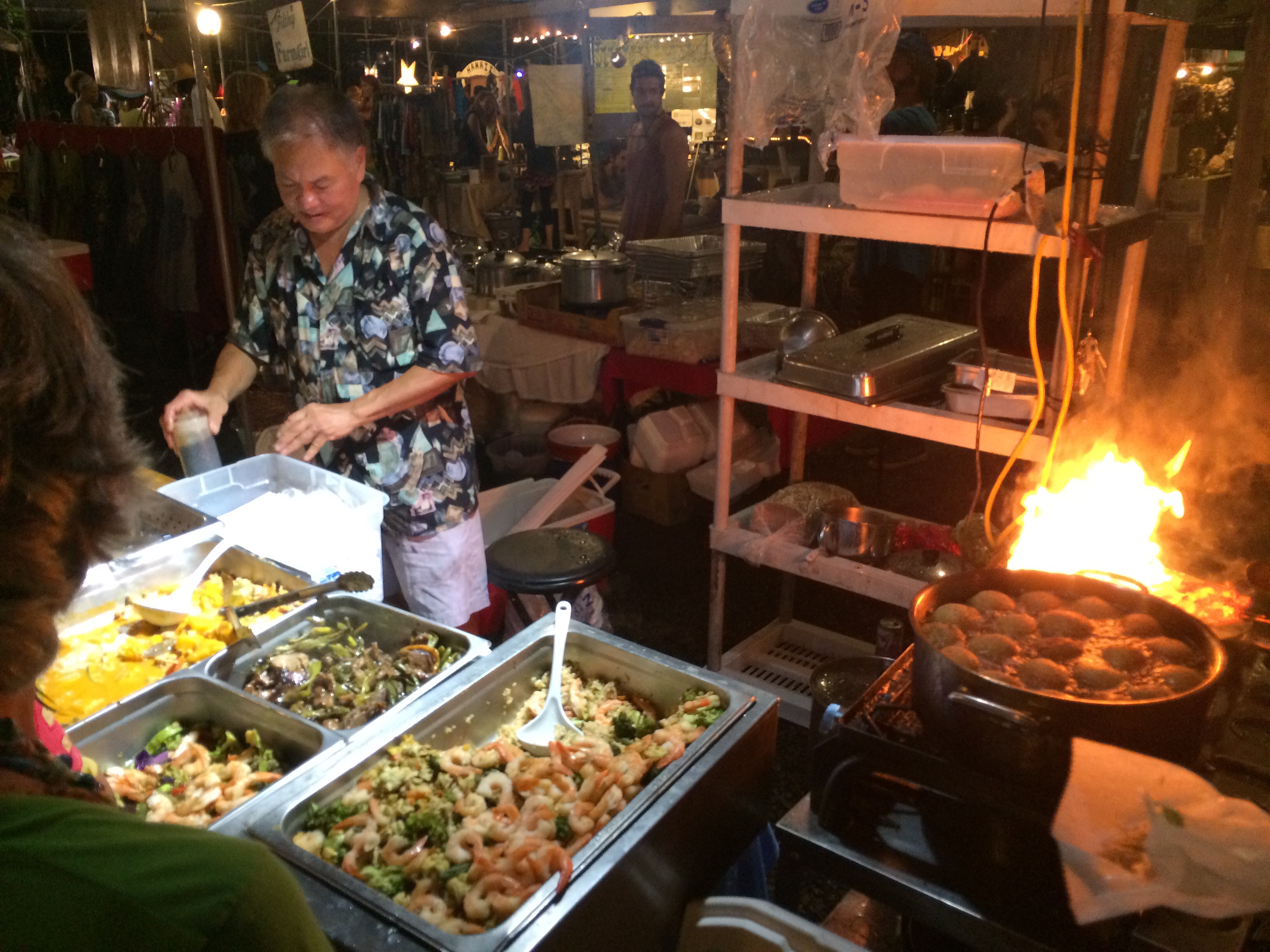 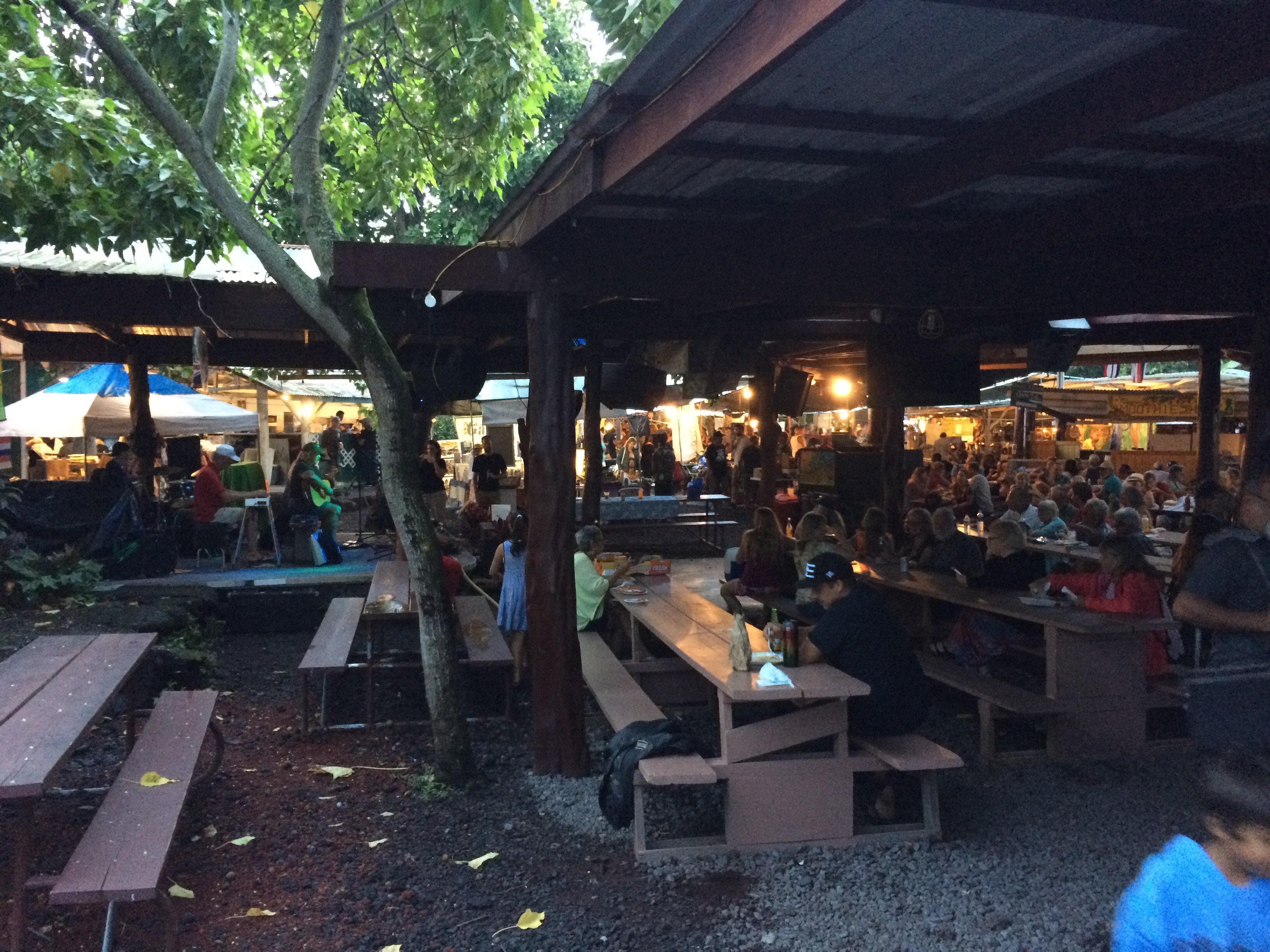 Uncle Robert’s family Aina at the south end of the Red Road in Kapalana converts to a party each Wednesday.  The happenings start around 5, but the food doesn’t really get to full throttle until about 6.  Our original plan was to grab some food and then walk down to the water at Kaimu Beach to watch the lava flowing into the sea.  But the downpour forced our bailing on the lava viewing.  So we were forced to hang out and eat more, dance more, and talk to more folks.  It is a huge get together with a great mix of locals (the majority of the folks we met) interspersed with a large smattering of Tourists.  Around 7pm, I counted about 300 people in/around the band area with probably double that walking around the food booths. 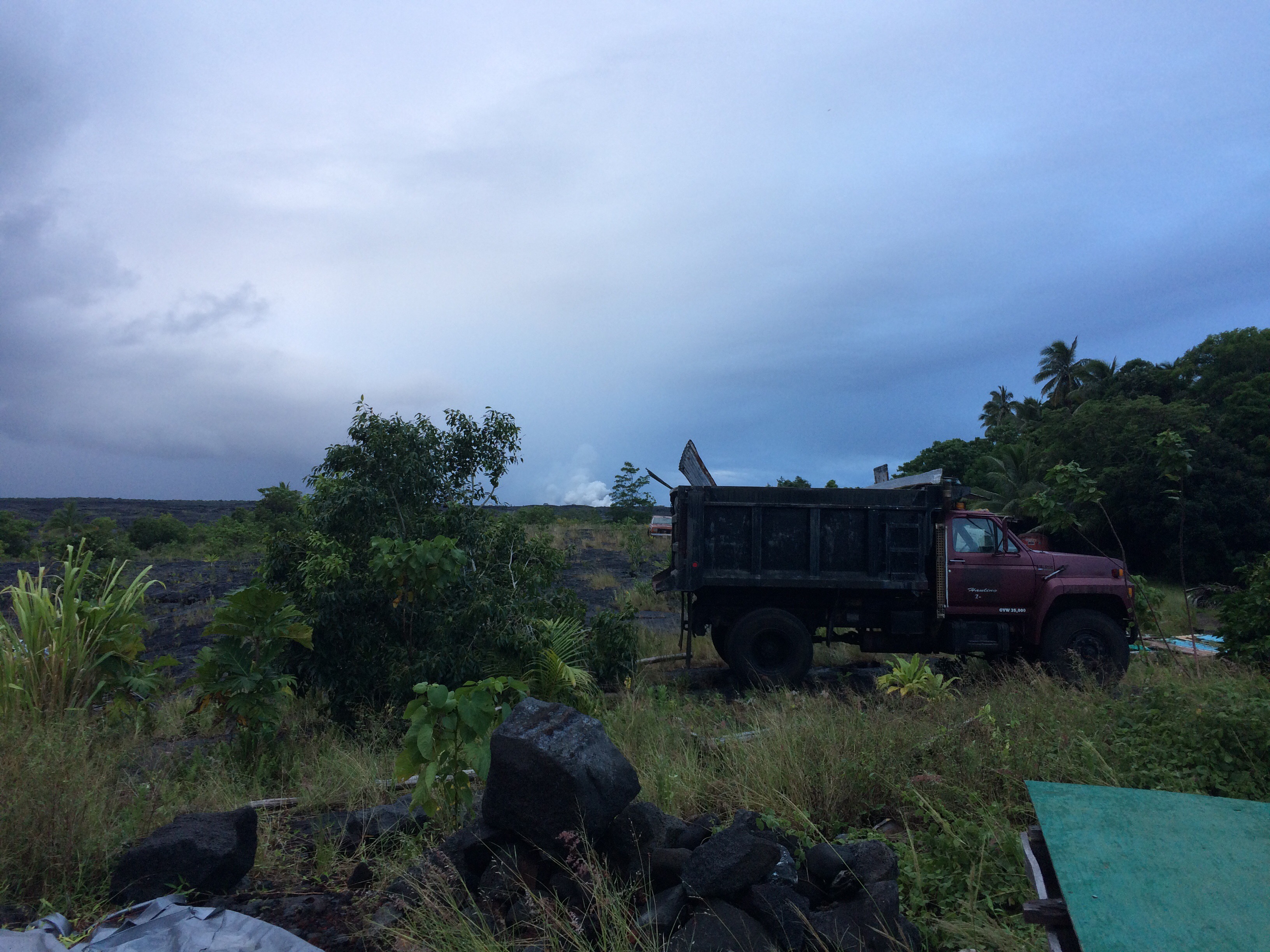 A great time was had by all!  I recommend the BBQ chicken and German Chocolate Brownies.  The fruit selection wasn’t as good as I hoped, but fantastic desserts were a plenty. Just don’t try to buy food with a credit card! 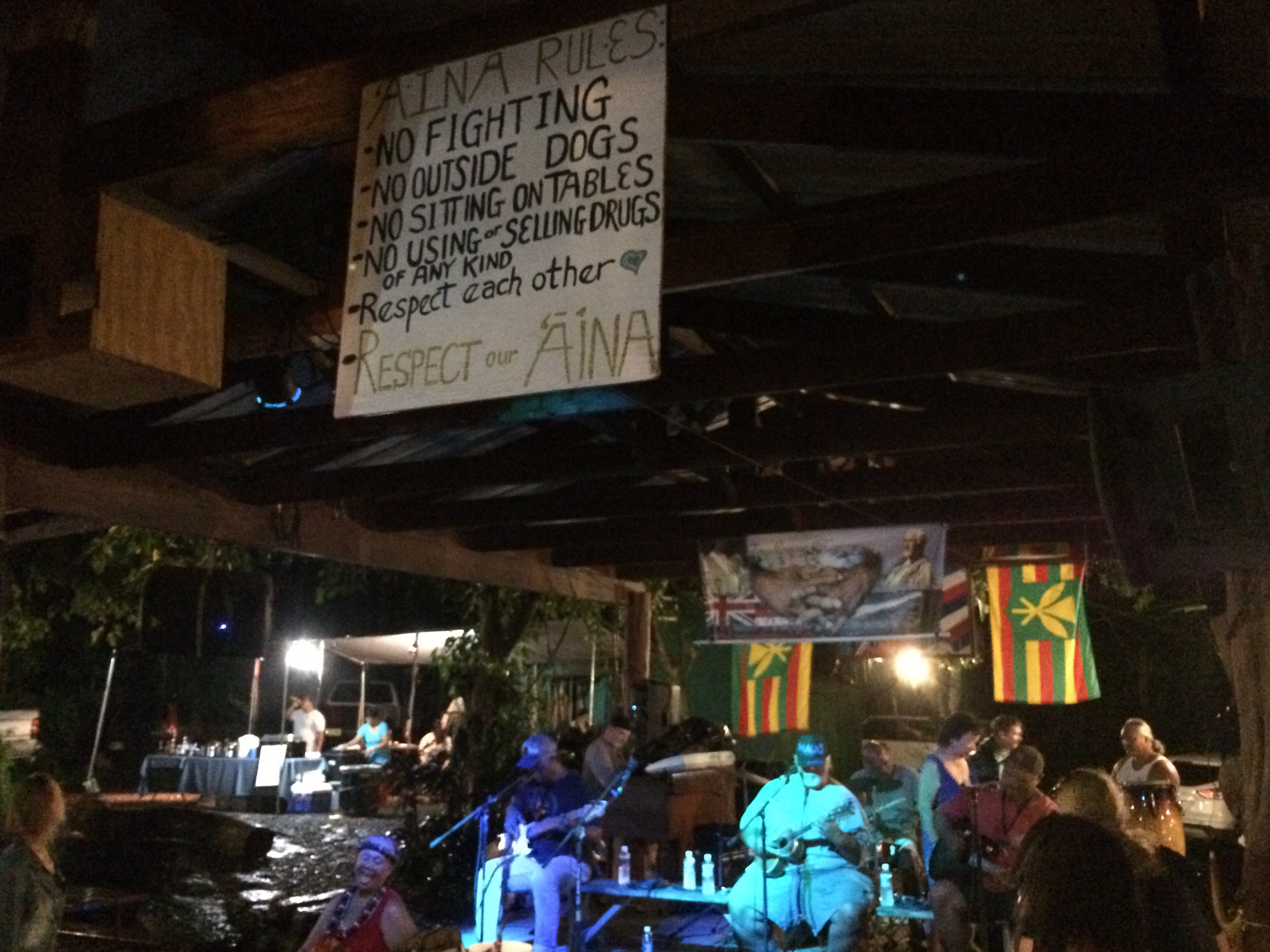 Paradise is not always what it seems…