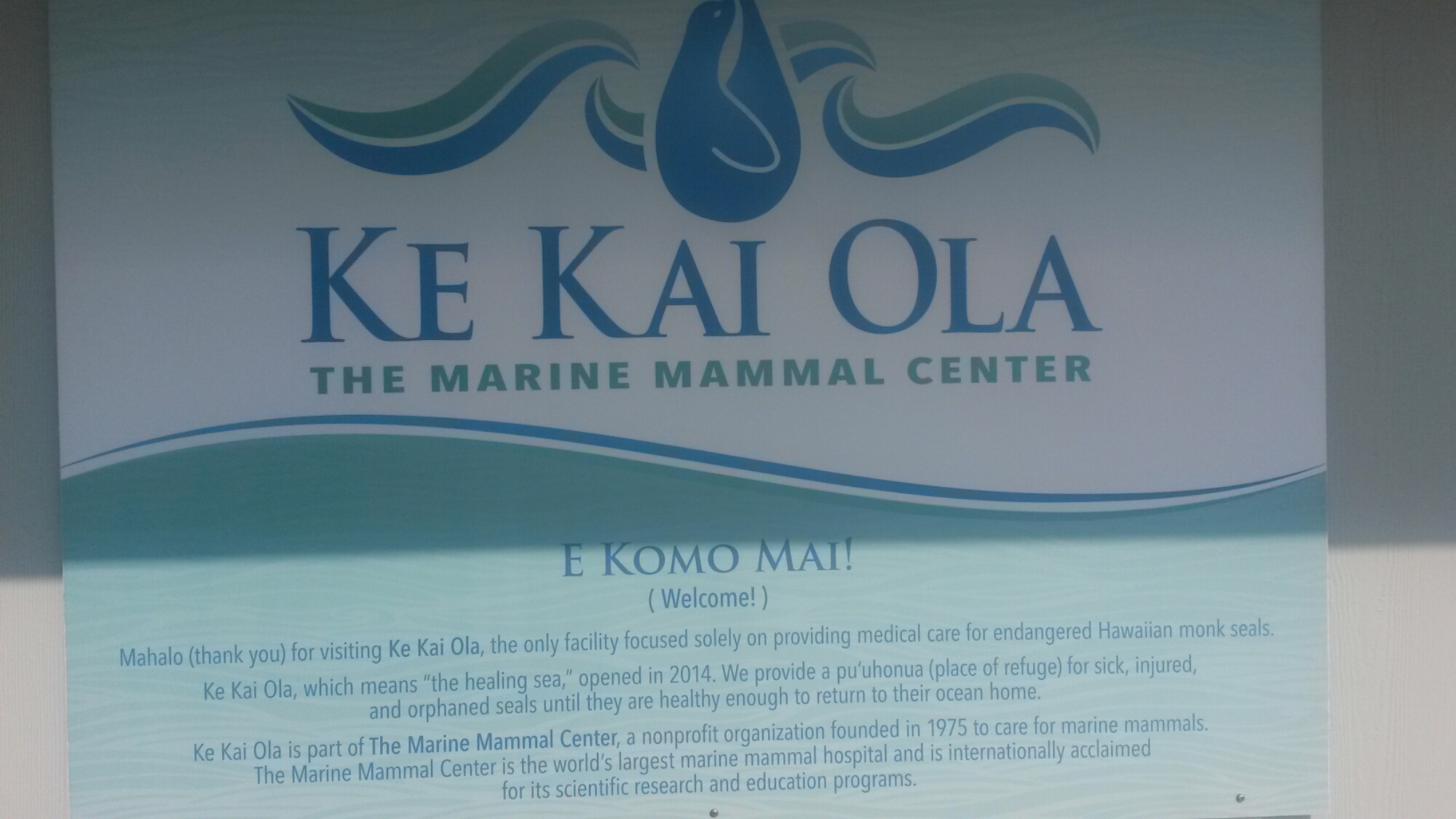 Ke Kai Ola currently is recovering four monk seals that suffered from malnutrition. Hawaiian monk seals suffer from two main stressors: predation from sharks and intestinal worms. Although the stress of climate change is an emenent problem by increasing the sea levels leading to decline in avalalable  beach habitiats for the seals to breed. NOAA survayers are stationed on each Hawaiian island and observes the seals activities and health. When they find a seal is not doing good they capture it and ships them out to the Ke Kai Ola facility for treatment. When the unhelthly seal arrives the organization logs in the seals name, home island, health, age, and weight (from arival and daily updates) to determine and show the change and/or progress in the seals health. 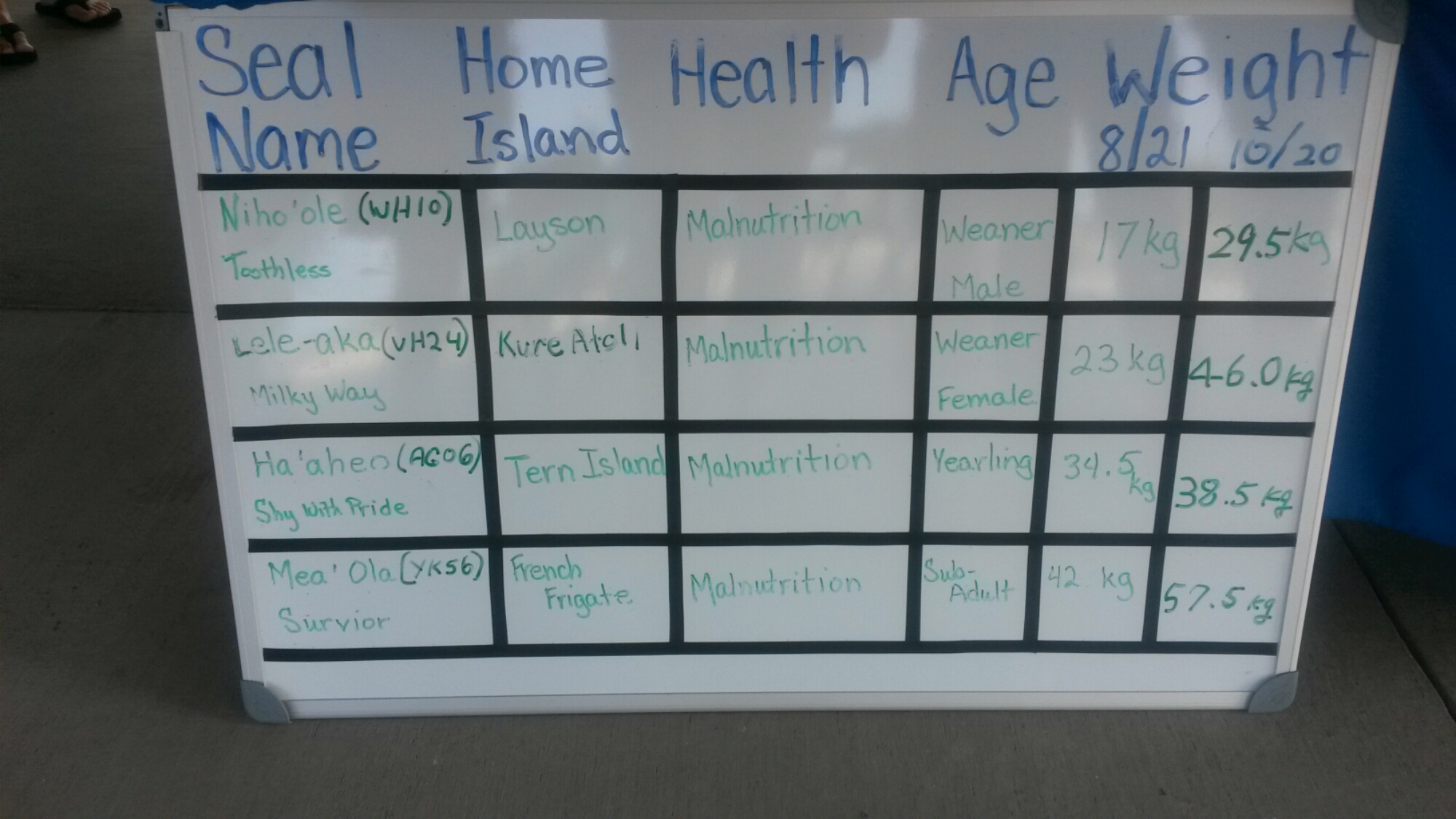 After the seals are logged in they are monitored and weight managed by a specialized meal plan. Once they are healthy they are released back into the wild to the same island they were taken from. About 15 thousand Hawaiian monk seals remain. 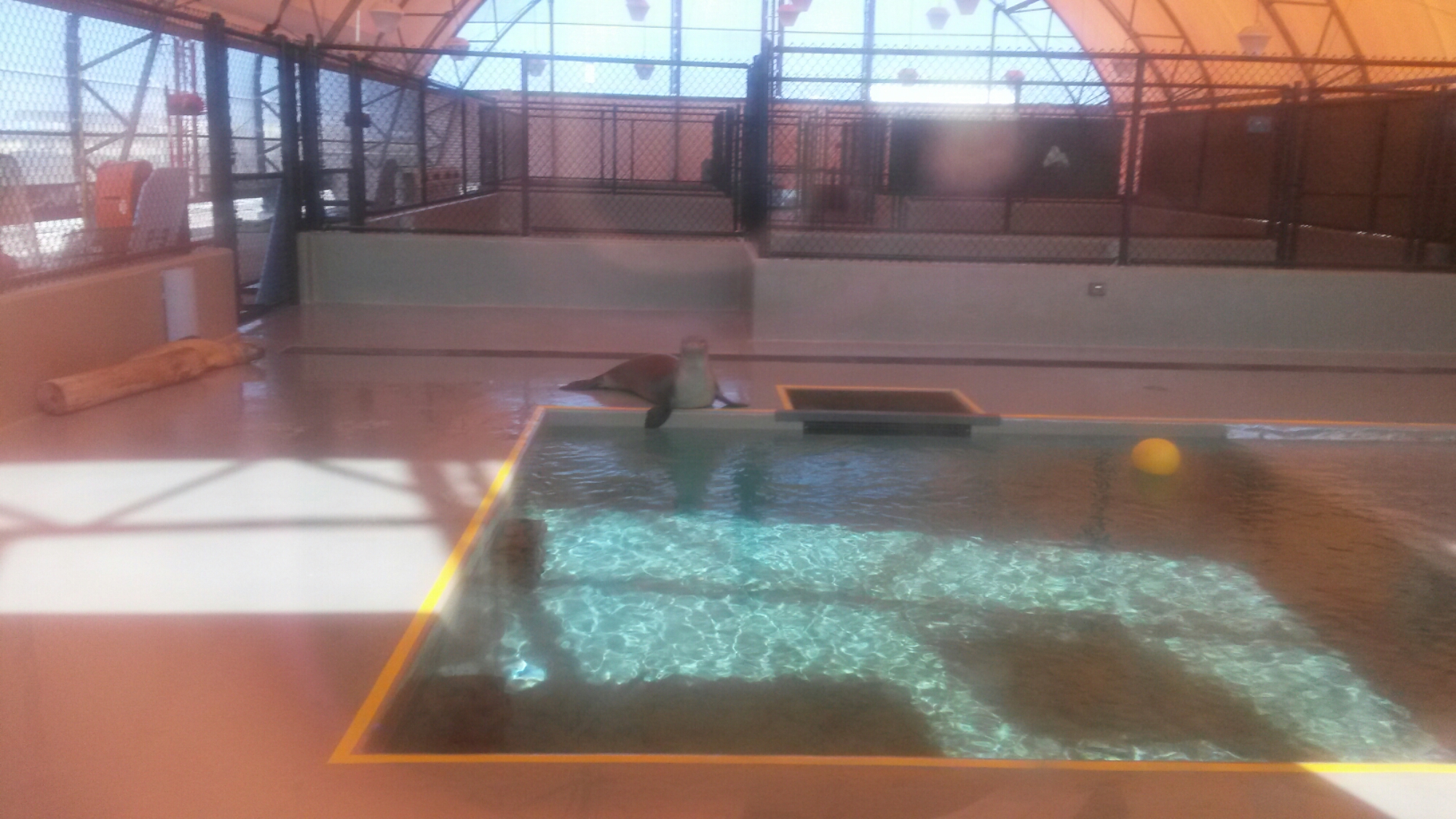 A pool within the facility that the rehabilitating seals stay in. Lele-aka (milky way) is the monk seal next to the pool and Niho’ole (toothless) is behind the log in the upper left.